From SacredWiki
Jump to navigation Jump to search
Combo

Making Combos in Sacred 2 is significantly more streamlined and less nuanced than in Sacred 1. Combos appear at the bottom of the Combat Arts Window and can be edited there. The Combo pane looks like this: 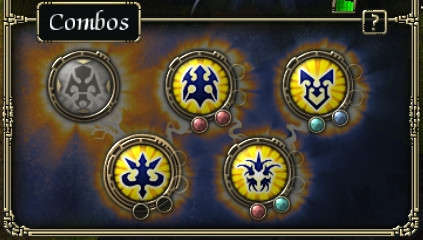 At the top right of this pane is a question mark which when clicked displays basic instructions and info on Combos: 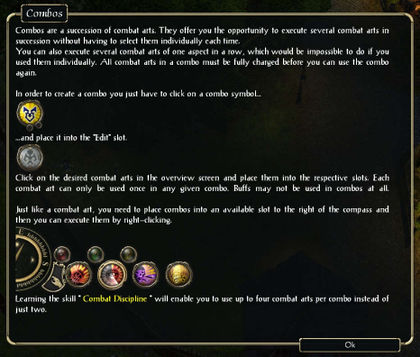 This is a step-by-step visual guide to creating a Combo:

Drag any Combo icon onto the grey "Edit" slot in the top left of the pane. 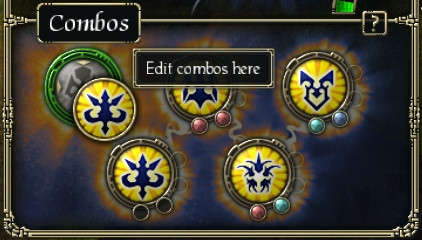 This Combo has no Combat Arts in it yet, so there are two empty slots (the third and fourth slots can be unlocked by learning and mastering Combat Discipline). 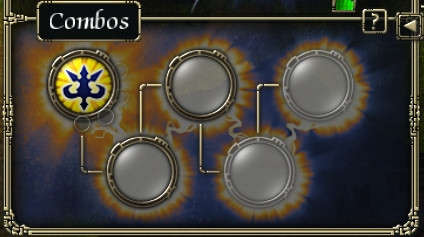 Now drag any Combat Art (that is not a buff) into the first empty slot. In this example the Combo will be Radiant Pillar + Flaring Nova. 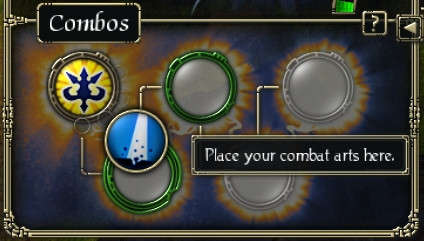 Repeat by adding a second Combat Art to the second slot. It must be a different Combat Art; the same Combat Art cannot go into a Combo more than once. The Combo is now complete. Click the arrow in the top right to go back to the main Combo pane. 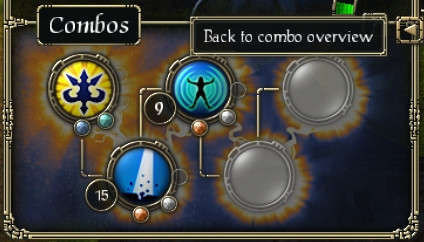